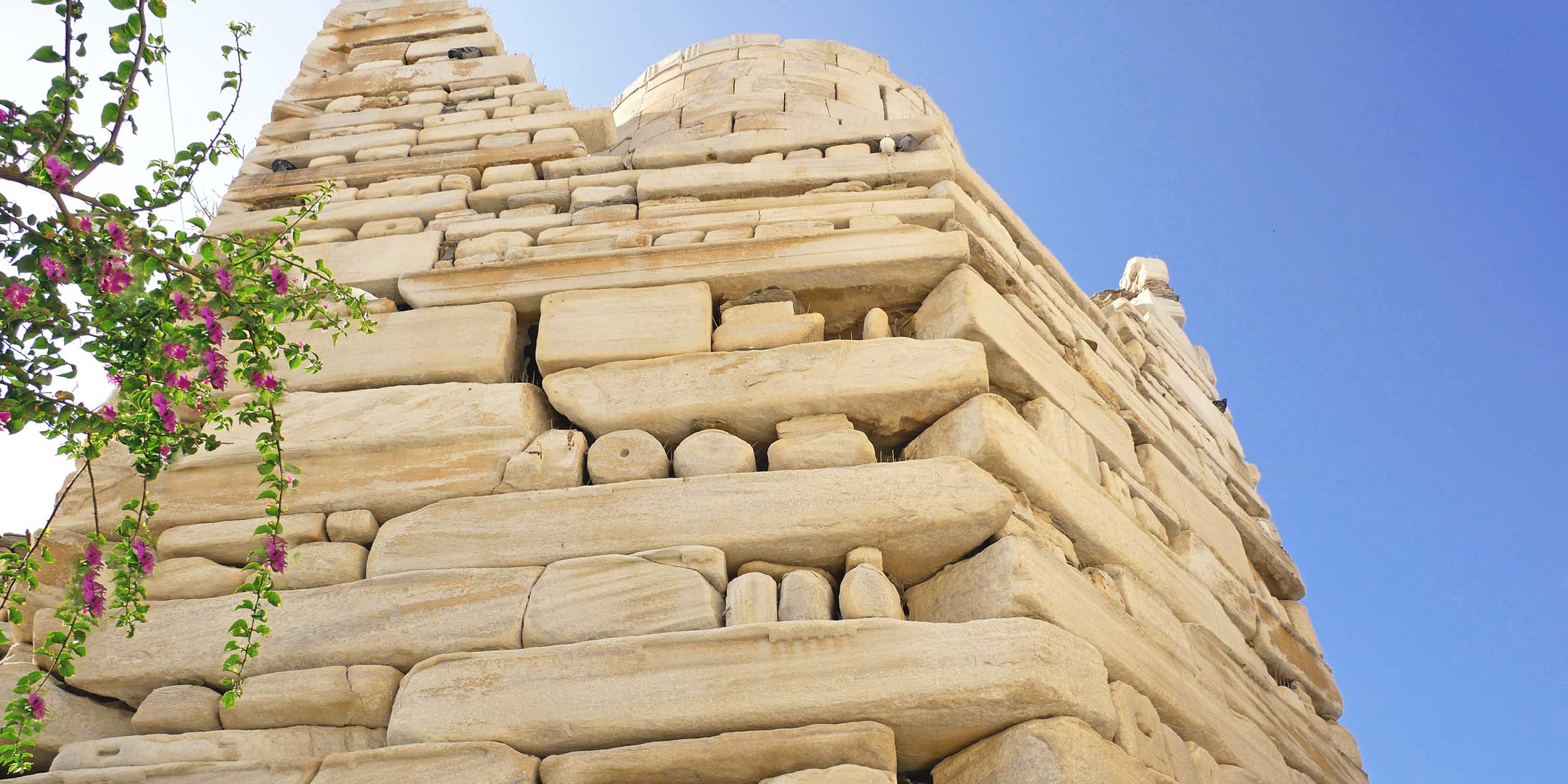 Paros became very popular over the last few years, winning international contests as the most beloved island in Europe. That is of course of no surprise, since it has more than a lot to offer. Long golden sandy beaches, amazing nature and wonderful people are only a few reasons why this island is one of the best. As locals, we have a few suggestions that will introduce you to an alternative side of Paros island.

Paros Park
We could not have missed Paros Park from our list. This park stretches over the Ai Giannis-Detis peninsula of 800 acres. It is a protected area with 3 walking trails, different rock formations and caves, where you can relax and enjoy breathtaking views. Paros Park is based on volunteering and has an outdoor amphitheatre, where you can enjoy concerts and plays under the stars during the summer period. In the park, there is a cafe-restaurant and many amazing beaches nearby. By the sea, is the beautiful church of Ai Giannis-Detis that gives the name to the peninsula. Enjoy a free open-air cinema by the sea or walk the stunning Lighthouse route for an unforgettable sunset! 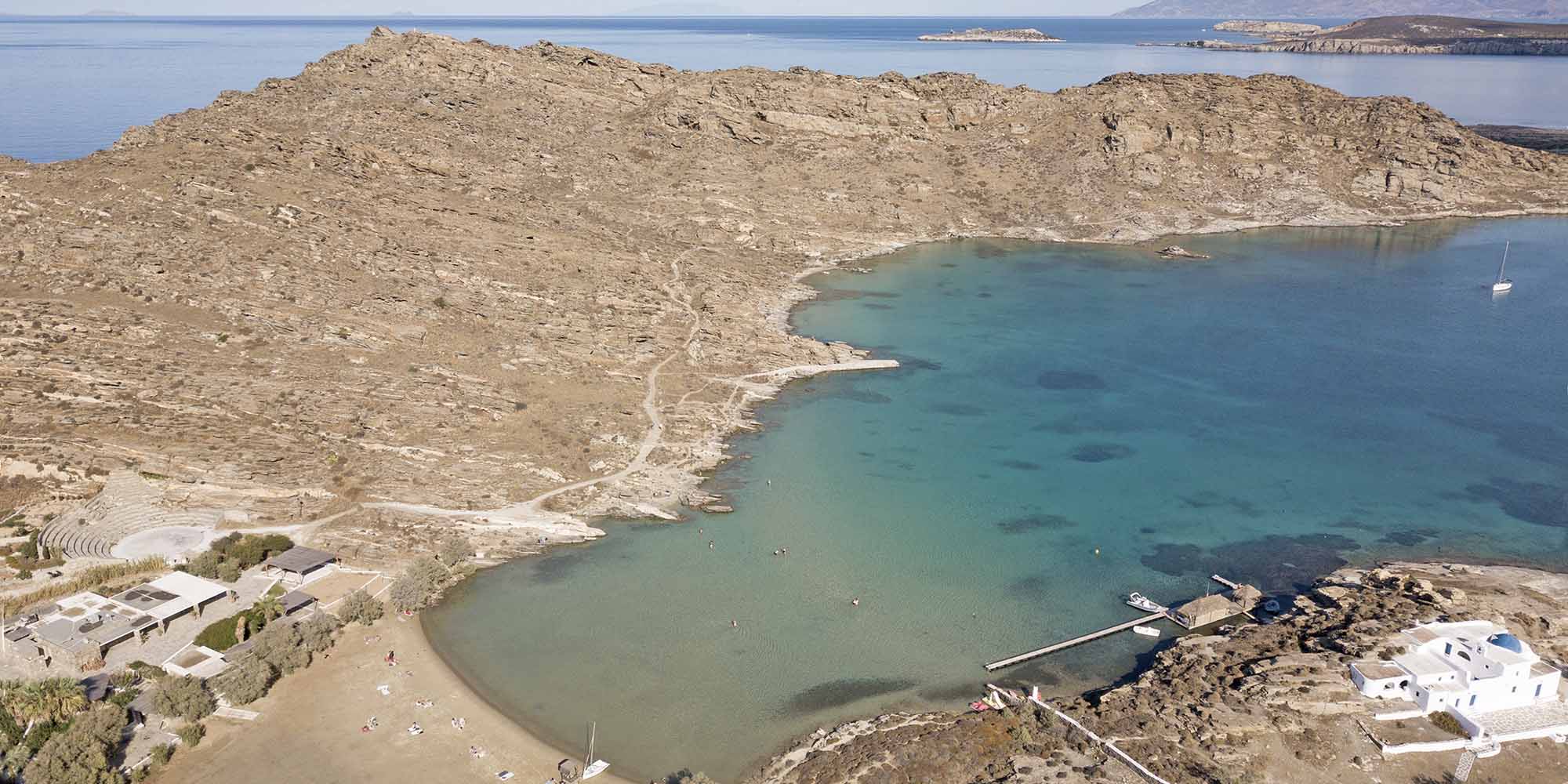 Frankish Castle
Parikia is the capital of Paros, called Chora as well. There is no actual castle in Chora, just a picturesque neighborhood named “kastro” (meaning castle) where there are some walls and remains of a tower that used to be part of the castle. The castle was built by the Venetians in 1260, when Paros belonged to the Duchy of Naxos. It catches the eyes of visitors, thanks to the impressive, panoramic view it offers. It consists of clusters of ancient temples, while the purpose of its creation was to protect the island from pirate attacks. The castle of Parikia or Frangokastelo is located on the site of the ancient citadel of Paros and is one of the most important castles in the Cyclades. The construction of the castle was made with marble from ancient Greek temples. Inside the Frankish castle of Parikia, there is the Christian Orthodox Church of Agios Konstantinos, where you can catch a breathtaking sunset.

Kalogeros Beach
Next to the big sandy beach of Molos, is the smaller beach of Kalogeros, which you will reach, through a dirt road, right before the small church of Saint Nikolaos. The beach got its name from the legend that wants a monk -known in greek as ‘kalogeros’- to have committed suicide there, falling from a rock into the sea. On the right side of the beach you will find some rocks with a special color of the sand, due to the clay rocks of the area. Dive into the turquoise waters of Kalogeros and enjoy your day on this marvelous unorganised beach. Mix water from the puddles formed by the rocks and spread it all over your face and body for a natural spa that will leave a refreshing feeling on your skin. Don’t forget to pack some food before heading there, since the last market is not in a nearby distance and you will have an amazing time at the beach. 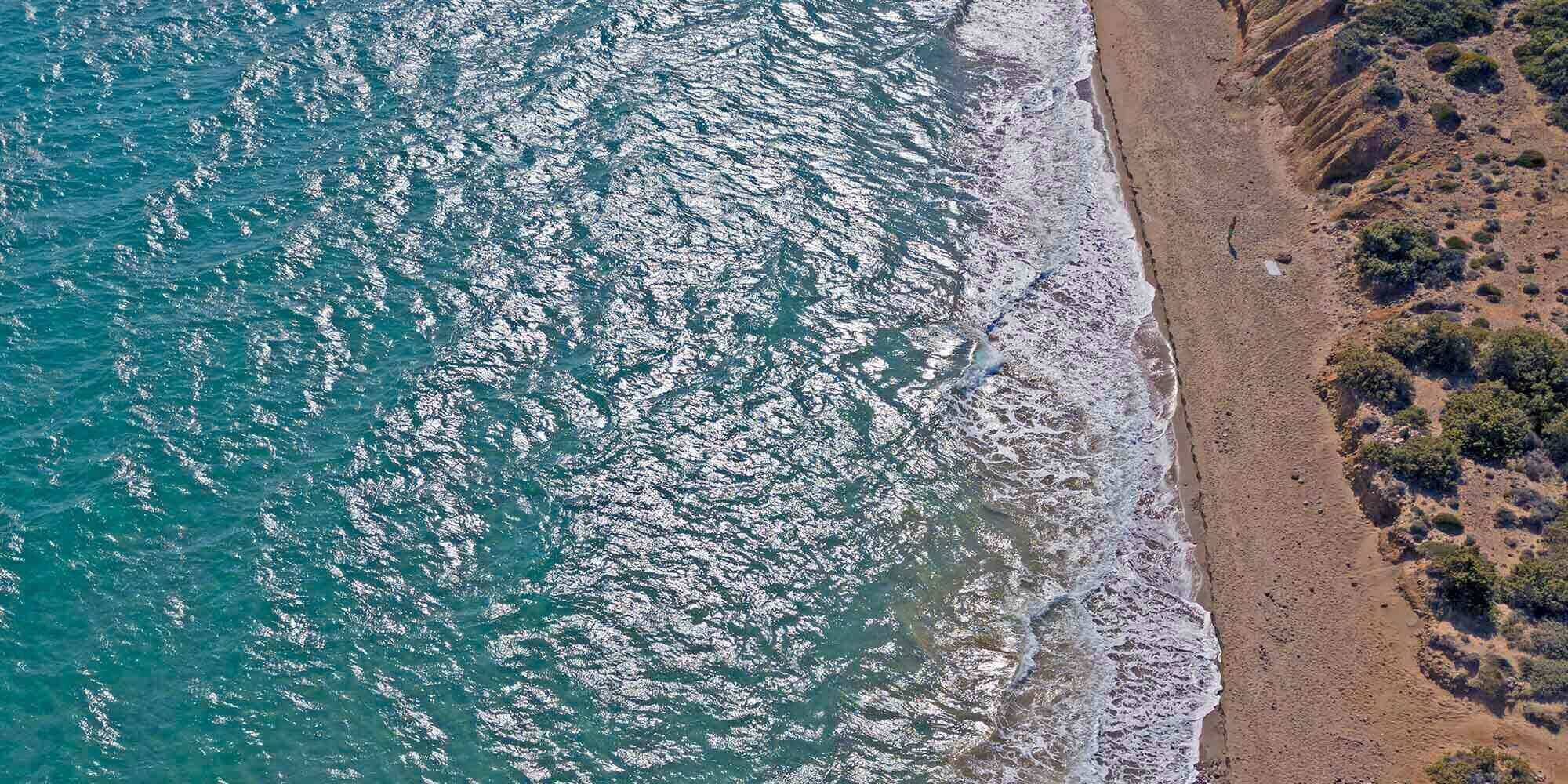 Moraitis Winery
We could not overlook Moraitis Winery of course. A truly magnificent place, if you want to get to know more of the Parian culture. This winery is owned by the third generation descendant and winemaker Manolis Moraitis, whose focus is the development and highlight/promotion of local products. Τhe very high quality of production and vinification of several bottled wines exceeded the local market and won distinctions in Greek and international exhibitions. In this freshly restored winery you will be able to taste the varied wines in the tasting room, take a tour of the state-of-the-art production facilities, visit the small museum and see the oak barrel cellars. Book your tour in advance and be prepared for a tasting trip that will leave you breathless. 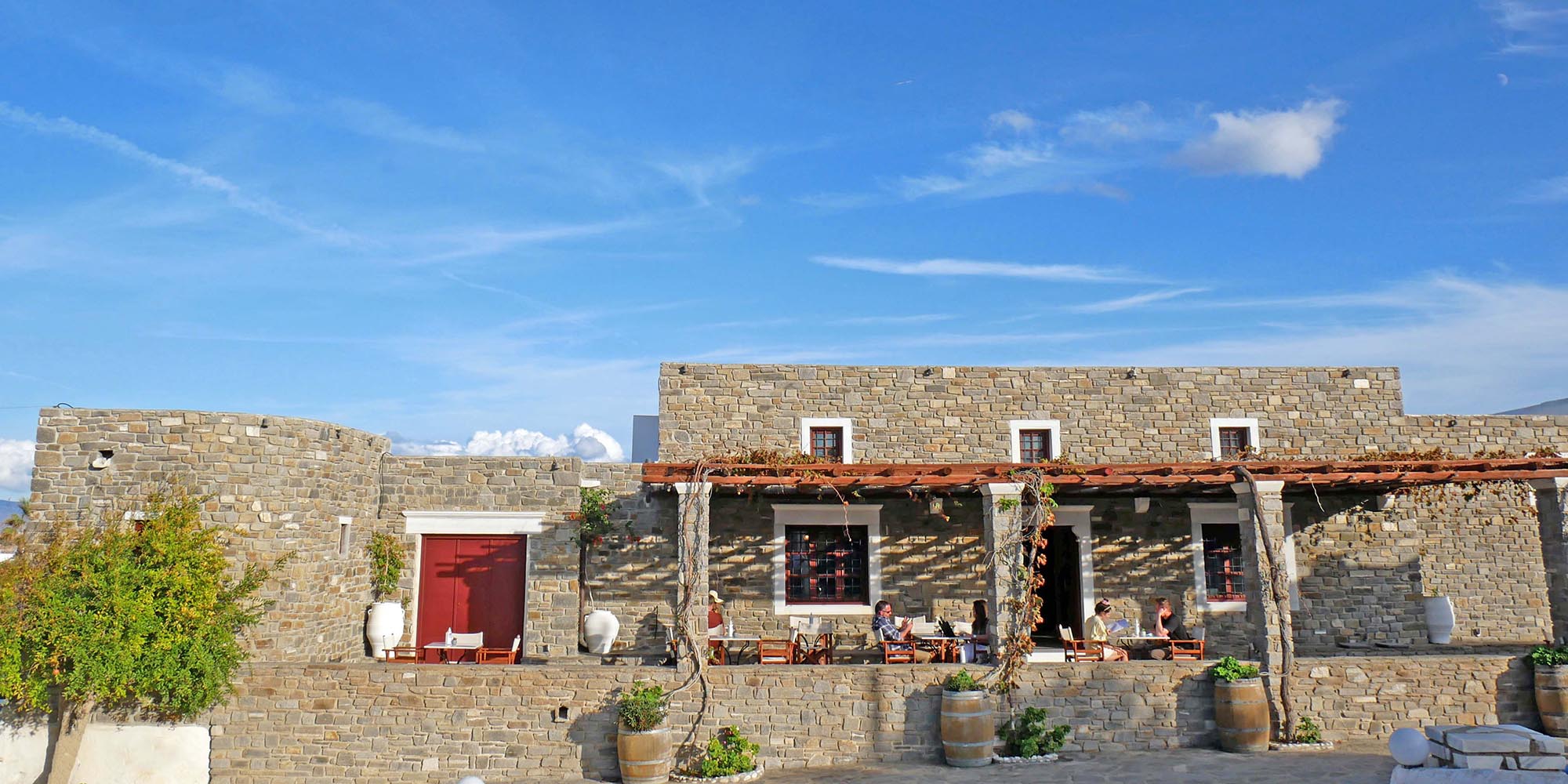 Butterflies Valley
The Valley of the Butterflies, also called “Petaloudes” is an extraordinary place in Paros. This unique biotopia is located between Parikia and Pounda, close to the Monastery of Christo Dasous and is obviously renowned for its many butterflies. Among an exquisite variety of trees, such as olive trees, figs, pears and more you will find mostly the callimorpha species, covering the trunk of trees! In this “earthly paradise”, thousands of butterflies, including the Tiger moth, appear from late May to late July, while disappearing in August to return again in September. Take a stroll through the magnificent nature of Butterfly Valley and let the sight mesmerize you. 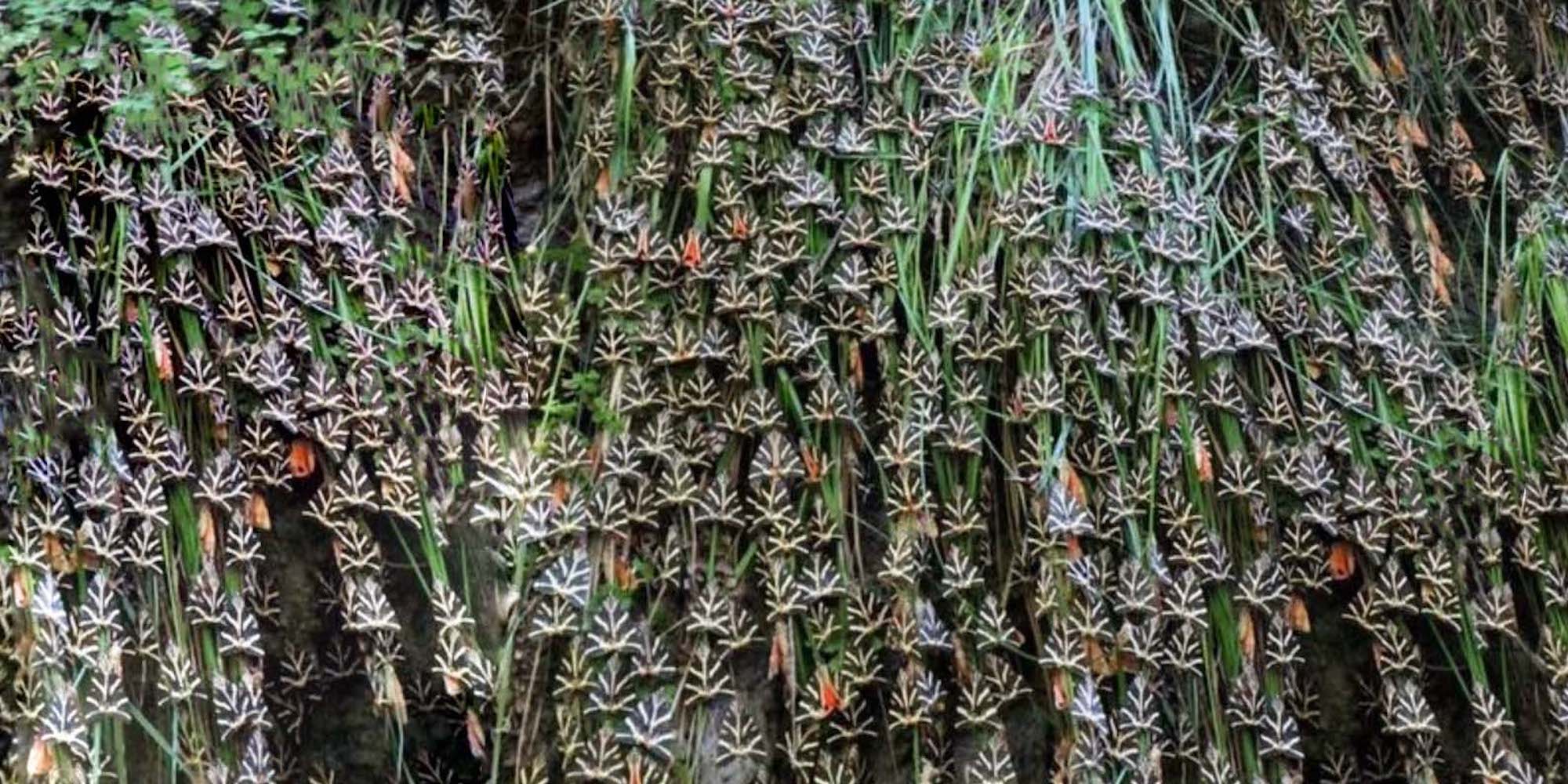 Library
Last but not least, by the side of a road heading to Aliki, near the Airport book fans will find a thrilling surprise. Literally a one square meter room filled with tons of books. The principal is easy. Give and take. Reading is one fun thing people do not do as often anymore, but when on vacation we tend to relax and do more of the things that makes us happy. With this in mind, what a better way to spend your days at the beach, rather with a great book you have probably never heard of in your hands. Imagine how many hidden gems could be found there, gathered from all around the world from many different people, waiting to be discovered from their next owner. 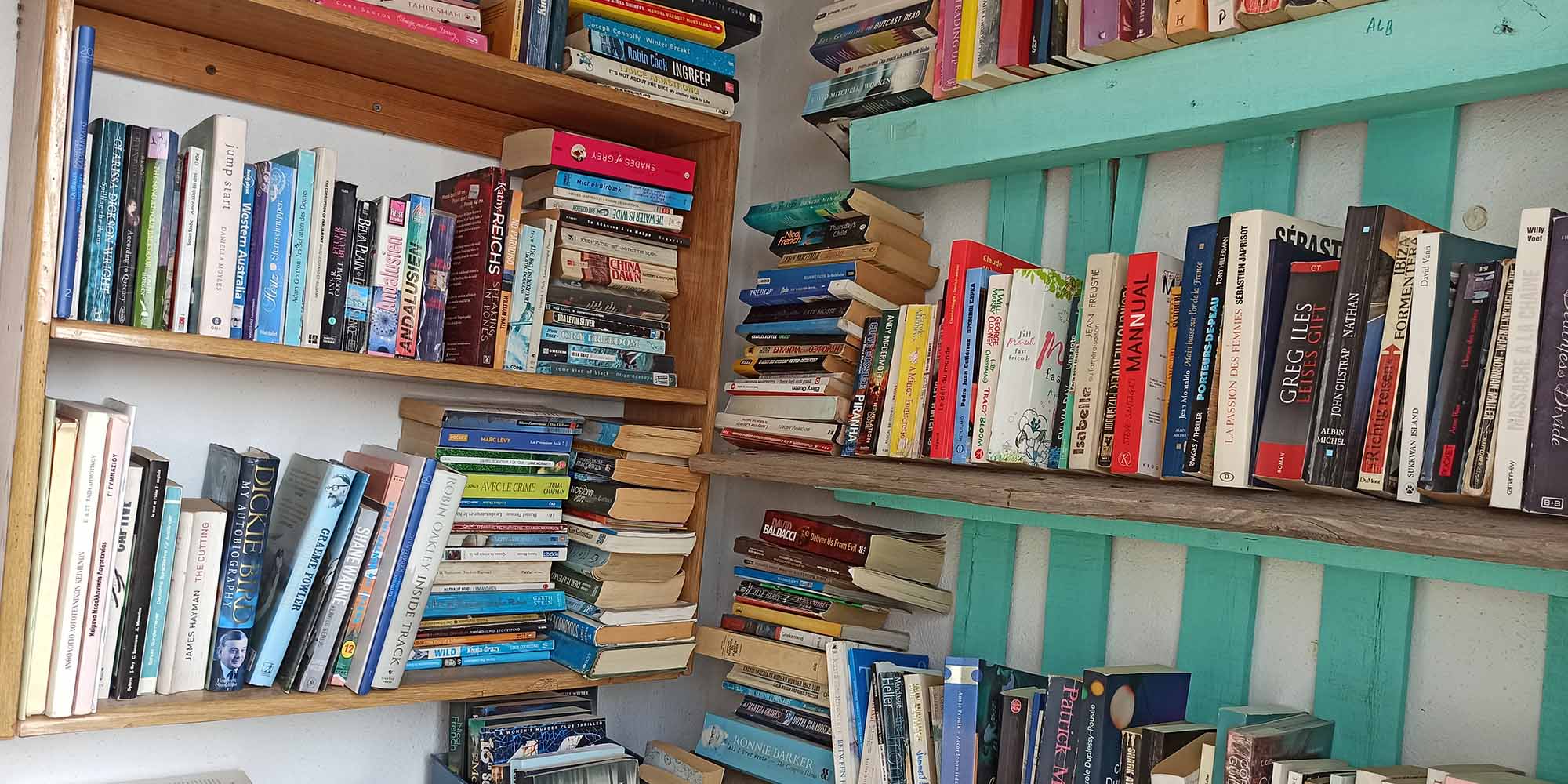 Paros has so much more waiting to be discovered, so book your villa with us and start exploring!

Check Out Our Other Blog Posts:

This website uses cookies. We use cookies to personalise content and ads, to provide social media features and to analyse our traffic. We also share information about your use of our site with our social media, advertising and analytics partners who may combine it with other information that you’ve provided to them or that they’ve collected from your use of their services. You consent to our cookies if you continue to use our website.